A surprising number of companies find themselves owning multiple HubSpot accounts. Until HubSpot introduced the Enterprise tier with business units, multiple portals was the status quo. Today, this cumbersome setup can be replaced with a single Hubspot portal.

If you are considering moving HubSpot data and digital assets from one existing HubSpot account to another, this FAQ document is for you.

1. What are some of the situations in which migrating data from one HubSpot portal to another makes sense?

a. A newly acquired business that has their own HubSpot account. As the new business is integrated, it may make sense to consolidate their HubSpot portal with your company's existing portal.

b. Your company is selling off a business unit. This is the reverse of the previous situation. The acquiring company will probably want all of the CRM data for the division they are buying.

2. Are there automated solutions for migrating CRM data from one HubSpot account to another?

Yes, there are tools that can automatically migrate your HubSpot CRM data and certain types of digital assets from an existing "source" HubSpot portal to a new "destination" portal. Two of the most popular are:

HubSpot to HubSpot Migrator: This app from Datawarehouse.io (a Bayard Bradford company) is the most comprehensive Hubspot to HubSpot data migration app available, supporting 44 data tables from the HubSpot database. More information on what can be migrated can be found here.

HubSpot Portal Replicator: This app from Datawarehouse.io migrates only contacts, companies, deals and tickets data plus forms and workflows.

3. Are the migration apps listed above certified by HubSpot?

The remaining Q&A pertains specifically to the HubSpot to HubSpot Migrator app.

4. What data is automatically migrated by the app?

5.  How do you ensure data security during the migration process?

The HubSpot to HubSpot Migrator app uses (SSL/TLS) encryption at all times while data is “in transit” to and from HubSpot. Datawarehouse.io does not store any data aside from the secure tokens required to migrate your HubSpot data. Those tokens are destroyed after the migration is completed. The application is GDPR compliant and is hosted and processed in the EU.

6. Does the Hubspot to Hubspot Migrator offer a way to filter/specify which data is migrated, or exclude certain data, if you don't want everything moving over to the new portal?

The HubSpot to HubSpot Migrator does not allow filtering or customization. This app is a fully-automated, low-cost, self-service migration solution.  You can use one of the custom migration providers if you want to selectively migrate data, but the cost is likely to be much higher.

7. How does the HubSpot to HubSpot Migrator prevent duplicates from being created during the migration process?

The app writes unique ID numbers for everything migrated as custom properties in the destination HubSpot portal. In addition to preventing duplicates, this procedure assures that, if needed, the migration can be run again with no risk to data integrity. This means that you can also use this application to sync production data into a sandbox environment.

8. Can I run a test migration on a small sample of data first, to be sure everything is migrating as expected before migrating all of the data?

Regarding a test migration, we suggest setting up a free developer portal and running the migrator. However, this can't be done for just for a small sample of data.

9.  Does the app migrate sent emails with their historic data?

The following digital assets cannot be migrated automatically due to Hubspot API limitations:

11. What else should we remember to do when using the HubSpot Portal to portal Migrator app?

Make sure to reconnect the following to the target portal: Do you feel like your HubSpot isn’t working to its highest potential?

HubSpot has an easy-to-use... 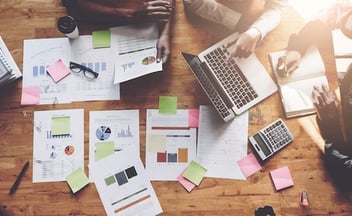 Not long ago, sales was synonymous with pushy door-to-door salesmen, conjuring up thoughts of... 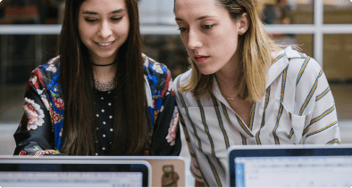 1. Considerations Before Integrating HubSpot with Salesforce

The most critical steps in...